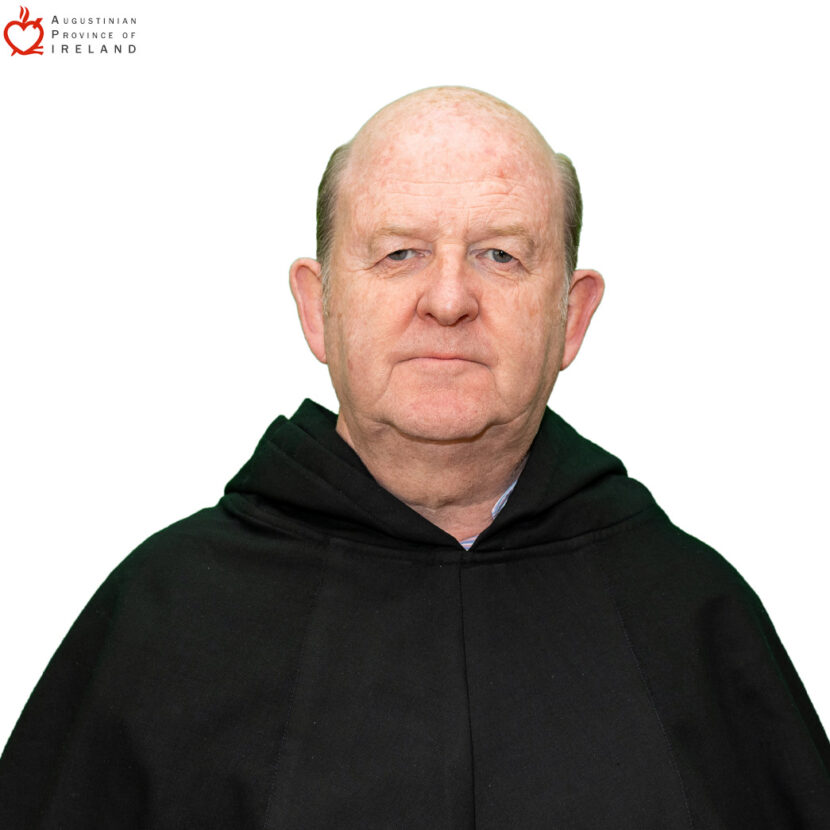 We are delighted to announce that we have elected our next Provincial! He is Tony Egan OSA an only child, he hails from Tullamore in Co. Offaly where he was born on February 24th, 1953. He will take up his office at our Province Chapter in March and continue in office until the next Chapter, 4 years later. He joined the Order in Orlagh in September 1972 and was Solemnly Professed in Rome in May 1977. He was Ordained Priest in July, 1978.
Tony has served the Irish Province extensively and very well indeed. At first, after Ordination he joined the team in Ballyboden parish where he served as a curate in the Parish. He returned to Rome in 1981 for further studies and, from there went to Nigeria. He served in Benin City, and Lagos from whence he returned to Limerick in 1997. As Prior there he repainted the Church to its present beauty and undertook further studies in the University of Limerick. In 2003, he was voted Person of the Month in March 2003. The citation in the Limerick Leader, ““Fr. Tony Egan has been to the fore in events at Limerick city’s Augustinian Church that have captured the public imagination. The churchman has always had a knack for ensuring large attendances at Augustinian Church services with his imaginative thinking. Fr. Tony was praised for setting up an Easter vigil that saw Limerick’s McGlynn brothers bring film, drama and dry ice to the O’Connell Street Church in a re-enactment of St. Patrick’s fire on the Hill of Slane. In recent times, Fr Egan has held a number of memorial services commemorating tragic events, such as the September 11 and Omagh bomb atrocities, that have been hailed for their innovation” (Limerick Leader)
In 2006 he served as Prior in John’s Lane, the Motherhouse, where he remained until 2013. In 2013 he went as Prior and Bursar to our Church in Dungarvan, where he remains today.
We wish Tony every blessing as he takes up this new service to the Province and assure him of our prayers and support.
John Hennebry OSA
Prior Provincial